Hemp is a plant that has allowed us to derive CBD, cannabis, marijuana, and THC. All of these are different compounds and products. We won’t be focusing on any particular one, but we will write out the history of hemp so that you know how this plant has come to be so popular. Once you know more about hemp, you’ll feel more confident about using products like hemp oil to treat the health problems that you’re suffering from. 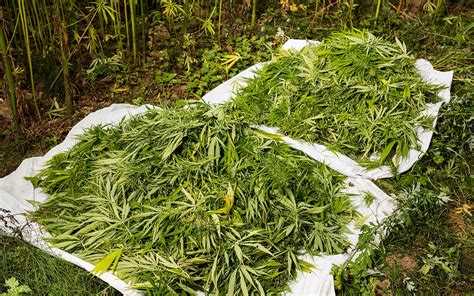 Hemp first appeared in 8000 BC in parts of Asia now known as China. It was found in pottery, and the evidence demonstrates that people used it for cooking purposes. It was likely grown as a crop at this point as well. Once it had been made use of in China, it soon spread out across the world to places like Europe and Africa. Religions have even made references to it.

Hemp arrived in America in the year 1606 and was used in the production of a range of products like fuel and rope. Later on, it became a legal requirement to grow hemp. Many of America’s founding fathers believed in the benefits of hemp and often grew it on land that they owned. If they approved of it, then it’s something you might want to consider.

It was only many thousands of years after its discovery that scientists began to study hemp in a laboratory to understand the effects it was having. It was found that hemp could be used in thousands of products and could deliver health benefits for humans. Its popularity only grew, but this was stopped in the 1970s when strict rules came in which governed the uses of and the cultivation of hemp.

After the 1970s, hemp became less widespread in America than it had been before, but there was still a vibrant subculture that popularized its use and made people aware of its many health benefits. It took many decades of activism and pressure, but in recent years, progress has been made on legalizing hemp and on growing public awareness about the plant.

Eventually, the most desired dream of hemp activists came true in 2018, when hemp was made legal and taken off of the Controlled Substances list. People can now use hemp freely, so long as they obey ordinary regulations about the use of drugs.

Actions like these have seen many dispensaries opening up in states across the USA. These are responsible for allowing people to buy hemp seeds in person and to cultivate it on their land. It’s now clear that hemp has a lot of potential, and this will only grow as more people discover its benefits and grow their own for personal consumption.

Hemp is an amazing plant that has become known as a powerful remedy for lots of common health problems. Knowledge about it has been built up and verified over thousands of years. Now it’s something that everyone can have access to thanks to the modern world and the Internet. This has allowed a lot more people to solve the health difficulties they were having in the past. However, if you’re already taking hemp CBD oil, or you’re thinking of starting a schedule of doses, then you’ll need to do more research to find out how often you should take your cbd. It’s no use reading about all the benefits and the history of hemp if you take it in a sub-optimal way. Thankfully, there are plenty of resources out there that can help you to make an informed decision about hemp.