For some, a glass of wine is the perfect complement to a delicious meal or an engaging social event. For countless others, wine offers a respite from long, stressful days at work. 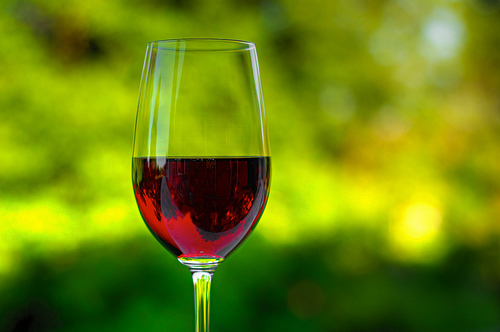 Whatever their reasons, more and more men are choosing wine as a substitution for champagne, beer and other alcoholic beverages. According to a recent study, these decisions could have far-reaching health implications that may lead to longer lives.

A Healthier Option for Men

A major study out of the Université Paris Ouest Nanterre La Défense and Bordeaux Segalen University in France suggests that wine has the power to significantly lower a man’s risk of several major medical problems.

To reach their findings, researchers followed more than 35,000 men for over 28 years. After evaluating the subjects’ drinking habits and medical histories, the researchers found that men who drank more wine developed fewer health problems.

This is because when consumed in moderation, the alcohol in red wine raises the levels of HDL cholesterol, prevents the formation of blood clots and repairs the artery damage caused by LDL cholesterol, protecting one’s heart.

Wine-drinkers also enjoyed a substantially lower risk of death due to diseases of the bladder, larynx, pharynx, lip and lung as well as a number of degenerative illnesses such as type 2 diabetes.

Among other diseases it prevents, wine also prevents tooth decay. Red wine, even in it’s non-alcoholic form, hardens the enamel of the teeth, preventing decay. Hardened enamel becomes more resistant to the bacteria that lives on the teeth and is responsible for tooth decay. Furthermore, the polyphenols in red wine reduces the risk of gum disease and even helps treat it by minimizing inflammation in the gums.

A Fun and Healthier Option for Women, Too

Since there aren’t many pleasurable methods of preventing cancer and heart disease, drinking moderate amounts of wine has gotten much attention from the ladies.

Research out of the Washington University School of Medicine in St. Louis notes that a powerful antioxidant compound found within red wine, resveratrol, reduces the risk of heart disease in women by protecting the arteries against the effects of saturated fat in their diet. Resveratrol also slows the aging process in both sexes.

Another study, published in the Jan. 20 issue of The New England Journal of Medicine, shows a boost in brain power for women who enjoy a little alcohol. The study involved over 12,000 women aged 70-81. Moderate drinkers scored better than those who didn’t drink on tests of mental function.

Drinking red wine has also been said to decrease the risk of breast cancer in premenopausal women, according to a study headed by Chrisandra Shufelt. She gathered 36 women with an average age of 36 and instructed them to drink 8 ounces of red wine in the evening for 21 days. Other alcoholic beverages were not allowed and blood was tested during menstruation. The results show that estrogen levels are lower in individuals who regularly drank red wine. Those with lower estrogen levels have decreased incidence of breast cancer.

So Many Reasons to Enjoy Wine

For centuries, men and women have valued wine for its flavor. Now, as an increasing number of studies uncover the amazing benefits associated with drinking wine, both men and women are taking notice of its health benefits.

With over four years of writing experience, Melissa Page blogs about health, fitness, and relationships. When she’s not busy writing at Word Baristas she spends her day relaxing with her friends.